I AM A WARCHILD

Today is special for me. More than 44 years ago I visited this cemetery on
many weekends with my mother. We came to search for the name of my father in
this white field of thousands of crosses. We believed that my father, who
was an American soldier, was killed in action. Fortunately, our search ended
when I received a letter one day before Christmas in 1960 from my father. He
was still alive and living in Brooklyn, New York.

It took four more years, when I was eighteen years old, before I saw my
father for the first time. In the meantime the Cuba-crisis in 1962 and the
murder of Kennedy in 1963 had strengthened my interest in American affairs.
When I visited my father for the first time we spoke of many things: family,
the world, politics, and dangers. Two items stand out in my mind about our
first discussion: the coming US involvement in Vietnam and the construction
of a world trade facility on the west side of lower Manhattan, New York.

At that time, the end of 1964, I had no indication that my American heritage
would shape my life until today.
In 1965 the American forces started to be directly involved in the fight
against the Communist Viet Cong and North Vietnamese in Vietnam. As a
veteran, my father followed the developments very closely. The first
European demonstrations against the American involvement in Vietnam took
place in Holland: I saw the demonstrations on television and in the streets
of Amsterdam. The American flag was burned by radical demonstrators who
carried the Communist flag on their shoulders while passing the American
Embassy. Windows where smashed and anti-American slogans painted on the
wall. These kind of demonstrations were repeated in the early 1980s against
US cruise missiles. Deployments that European Governments had asked for.

I could not understand these actions. Why did they do this? My father,
America, had fought to liberate this country. A small fire of disgust
against the Left started to grow inside me. But I did not know then how the
Left-wing was organized and what was their ultimate goal. My father tried to
explain to me that most of the actions against the US had some connection
with the Cold War. A fight between two big powers in which the demonstrators
played a role in influencing the public opinion against the United States.

Due to this heritage my interest in the left-wing networks grew over the
years until it has become my profession: an investigative reporter,
publisher and international expert on the relationship between
non-governmental organizations, politics and terrorist networks. For many
times I exposed their intrigues in the papers and I will continue to do so.

Three days ago, 9-11, I attended a meeting organized by the Dutch Socialist
Party (SP). The SP invited a prominent speaker, a suspected member of the
Marxist ETA, the Basque terrorist group. The speaker, Juan Rodriguez
Fernandez, was on the run for the Spanish police. The room was filled with
the hardcore of radical left-wing activists. Rodriguez was released on bail
from a Dutch jail until the court will decide about his extradition to
Spain. The item of the program was that persons like him were victims of
President George W. Bush’s war on terror. When asked of his thoughts about
the victims of 9-11 he responded “I don’t care about the three thousand
deaths under the WTC-rubble. I care about the Taliban being killed in
containers, and the death of the Kurdish PKK, or the Palestinians.” Loud
applause erupted in the room. America was the monster.

I kept my emotions inside and prepared myself to bring the fine details of
this evening to the general public.
Its published today, in a daily paper.

To end this brief perspective about why I am here, I simply want to say:
thanks dad, thanks, to your colleague-soldiers who rest here in peace.
Thanks for the liberty you gave us. I will try to do my best and keep on
defending this valuable possession. 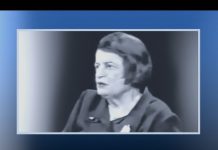 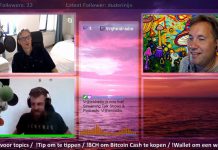 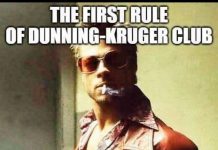