Concord, NH – State Representative, Henry W. McElroy introduced Revised House Bill 1342 (HB 1342-FN-A-L) to establish the voluntary and alternative use of US minted Gold / Silver for the state. This Sound Money will be used along with the current Federal Reserve Paper Money system. The myriad of technical questions are in the process of being identified and answered.

This is a step toward returning to Sound Money for citizens, businesses and the state of New Hampshire as well as the other 49 states. The US Constitution and ALL federal statutes already allow the use of Sound Money (US Gold / Silver). The Sound Money Bill (Revised HB 1342) facilitates the use of US Gold / Silver as payables/receivables in any financial transaction by the State, the people or businesses.

The need for this Sound Money Bill was recognized by Rep. Henry McElroy and others who have wisely brought in the eminently qualified legal counsel and expert in Constitutionally sound money, Dr. Edwin Vieira of Virginia, to craft the Sound Money Bill (Revised HB 1342) to achieve our goals of 1) securing our monetary system, and 2) enhancing NH’s economic development as well as giving the State, the people and businesses the option should we need it. Dr. Vieira is the author of the respected two volume, 1666 + page book “Pieces of Eight: The Monetary Powers and Disabilities of the United States Constitution.” ( http://www.piecesofeight.us )

Revised HB 1342 also includes an extensive plan for reintroducing the use of US Gold / Silver once all the technical questions are identified and answered. According to Rep. McElroy his research has revealed, “Revised HB 1342 (Sound Money Bill) will act as an insurance policy for the state of New Hampshire, its citizens and businesses against the financial risks associated with any fractional reserve banking system in our dynamic, volatile, and competitive world economy.”

Other New Hampshire General Court Representatives and Senators have already indicated their support for Revised HB 1342. This Sound Money Bill is also being actively considered, along with the technical questions, by a number of other states for also securing and making their economies more sound and robust.

The Sound Money Bill (Revised HB 1342-FN-A-L) is being considered during the current NH Legislative session. Pubic hearings have started and will be ongoing.

To attend a public hearing, for more information or to schedule interviews with Rep. McElroy and/or Dr. Vieira, contact our legislative assistant, Harvey Wharfield, at VeritasRadio@aol.com or call 978-635-9586 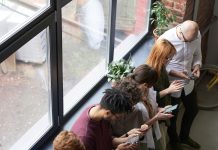 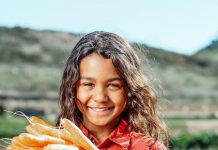 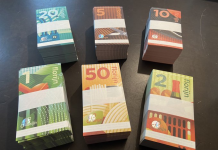 "Is life so dear, or peace so sweet, as to be purchased at the price of chains and slavery! Forbid it, Almighty God! I know not what course others may take; but as for me, give me liberty or give me death!"
Patrick Henry