Toen we schrokken en verder keken, vonden we een hele serie reacties van libertarische sites die het uitschreeuwden van protest. Onder andere:
— www.fff.org/freedom/fd0504d… van Future for Freedom Foundation over “eminent domain”
— en op Free-marketnet: javascript:fmnnnews(479)
In het bijzonder adviseren we op Free-marketnet het artikel van Tibor Machan:
— javascript:getperspective(5834,%201859,%20’html’)
Vanuit de Sovereign Society (door Bob Bauman) het volgende artikel. (Niet vertaald vanwege “tijd”)
———————————————
COMMENT: The Public Owns Your Home.
The startling headline in yesterday’s late news read:
‘Supreme Court Rules Cities May Seize Homes.’
The article states: “Cities may bulldoze people’s homes to make way for
shopping malls or other private development, a divided Supreme Court ruled, giving local governments broad power to seize private property to generate tax revenue. In a scathing dissent, Justice Sandra Day O’Connor said the decision bowed to the rich and powerful at the expense of middle-class Americans.”
Four of the five justices who voted for this travesty are notorious liberals,
but they were joined by Justice Anthony Kennedy, a Reagan appointee who
supposedly is (was) a ‘conservative.’
The Chairman of the Sovereign Society, Jack Pugsley, writing in the forthcoming July 2005 issue of our members’ monthly newsletter, The Sovereign Individual, did not know how prescient his words would be.
Here’s what Jack writes: “Those of us at The Sovereign Society agree that the right of property is fundamental to civilization. In fact, the central tenet of our credo is that every individual has the natural right to keep, control, and dispose of his or her justly acquired property.”
Jack went on to quote, William Howard Taft, 27th US president who said:
“Next to the right of liberty, the right of property is the most important
individual right guaranteed by the Constitution and the one which, united with that of personal liberty, has contributed more to the growth of civilization than any other institution established by the human race.”
Jack added this (and sadly he was right): “However, Taft was wrong saying the Constitution guarantees citizens’ right to property. The 5th Amendment states that no person shall “be deprived of life, liberty, or property, without due process of law.” Thus property is not sacrosanct. Your property is safe unless legislators decide someone else needs it more than you do.” And now the US Supreme Court has said just that. Public use trumps private property.
In effect the Court has placed above the right to private property the
politicians who operate at a level of government well known for corruption and highly susceptible to blandishments of construction companies and builders who dole our political donations and jobs.
This ruling turns American history on its head. Alexis de Tocqueville in
“Democracy in America” (1835/1840) said of property rights: “Why is it that in America, the land par excellence of democracy, no one makes that outcry against property in general that echoes through Europe?” His answer: “It is because there are no proletarians in America. Everyone, having some possession to defend, recognizes the right to property in principle.”
Over two centuries American leftists and liberals have tried to make private property an object of scorn, even contending that owning property does not rise to the level of a civil right. Now five judges have ignored history and basic human rights.
A full 70% of US residents own or are buying their own homes — and now they are all in danger of government confiscation at the whim of
politicians.
In truth, private property serves as the basis for all liberty, since without
personal economic power, a job, a home, wealth, the individual cannot support himself or his or her family, and is far more prone to government control — just as liberal statists love to have it.
If ever there was a case to be made for a constitutional amendment to overturn a Supreme Court decision, this is it.
PS: For information about how to protect your property, click here:
LINK: www.agora-inc.com/reports/S…
——————————————————————–
Laat u niet in slaap sussen dat dit slechts in Amerika (The land of the Free) gebeurt. Het is hier ook al lang aan de gang.
Het wordt de hoogste tijd dat we wat gaan DOEN!
Te beginnen op bijeenkomst op 9 juli? (zie daar) 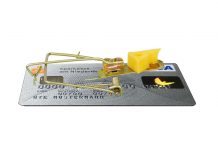 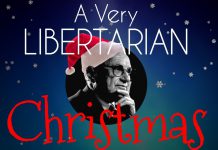 "Any story sounds true until someone tells the other side and sets the record straight."
Proverbs 18:17