Merkel sets out vision for EU – ‘Yes’ to EU Constitution and EU Army, ‘no’ to Turkey

German Chancellor Angela Merkel has given an interview to Sueddeutsche Zeitung in which she argues that the French and Dutch ‘no’ votes were not against the EU Constitution “per se”. She goes on to insist that the EU Constitution must be rescued, arguing that although “I don’t know either whether every German has a need for the Basic Law every minute” when one agrees on a platform of common rights and obligations, it is substantial”. Discussing European defence, Merkel argues, “I do not want to go so far as to demand a European army. We are going in that direction already”. Adding to the growing anti-Turkish feeling amongst some members of the EU, she warns that “we cannot promise full membership”.
Merkel backs a provision which would mean that laws proposed by the Commission which were not ratified within a European Parliamentary term would fall, and have to be started again, as in national parliaments.

Poland moots EU army tied to Nato
Poland has proposed the creation of 100,000-strong European Union army tied to Nato for use in global
trouble spots or for European defence, according to Lech Kaczynski, Poland’s president.

“At the moment we have the situation where the EU needs about 8,000 troops in Lebanon and there is a problem where to find them”, Mr Kaczynski told the Financial Times in a rare foreign media interview.
“Forces are needed which would not replace the armies of individual states, but which could be gathered without a problem when not just 8,000 but as many as 25,000 to 30,000 soldiers are needed.”

Mr Kaczynski said he hoped to raise the issue with Tony Blair, the prime minister, during a visit to the UK which begins today.

The Polish president said he had discussed the idea twice with José Manuel Barroso, European Commission president, and his brother, Jaroslaw Kaczynski, Poland’s prime minister, had raised it with Angela Merkel, the German chancellor, on a visit to Berlin last week.

Poland’s proposals could build on the existing European Rapid Reaction Force, created in 2004, which has been deployed in the former Yugoslavia but not outside Europe.
However, Warsaw does not seem to have prepared the ground well for its initiative, as German officials said they were surprised by the proposal made by the Polish prime minister last week. They were particularly concerned about suggestions that an EU force could operate within Nato, which raised issues over whether it would be under European or US control.

The idea has also sparked confusion within Poland. Jaroslaw Kaczynski denied on Friday ever having mentioned the idea to Ms Merkel, calling it “strange information”.
In the FT interview, President Kaczynski sought to clarify Poland’s EU policies, which have developed a eurosceptic tone since he won office last year and his Law and Justice party triumphed in parliamentary elections.

The president said the EU should remain a union of states, not a federation. “I think the nation state has still not ended its mission,” he said. He was robust in defending Warsaw’s new-found assertiveness with EU partners, arguing that, if pushed, Poland would not hesitate to stand alone against other EU members to defend its interests. “I know that it is very uncomfortable in the Union to be alone but that does not mean we are afraid of that.”

Mr Kaczynski said that, even though Warsaw was a net financial beneficiary of the EU, Poland did not need to feel grateful about its membership.
It had earned its place by participating in the victorious coalition in the second world war. It was later left under communist rule “thanks to decisions over which we had no influence”.

Speaking about plans for a new constitutional treaty, now under debate in the EU, Mr Kaczynski said some sort of new fundamental pact was required to steer a union of 27 states.

Polish proposals would likely be ready in the first quarter of next year and “would be much more compact than the current constitutional treaty”.

Mr Kaczynski said Warsaw hoped for more “European solidarity” in dealing with Russia.
While acknowledging that Russia did not pose an immediate military threat, Mr Kaczynski worried about the dependence on Russian energy, foreign investments by state-owned Russiancompanies and Moscow’s “continuing powerful military”.

Mr Kaczynski criticised Germany over the planned German-Russian natural gas pipeline under the Baltic, which would skirt Poland. “We understand the need for compromise but in this area it cannot be that a single European country, even a very powerful one, decides on a particular solution, almost as if it had stepped momentarily outside of the Union, and then says it will not change even if that solution contradicts the interests of other EU countries.” 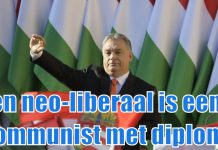 "This is crossing the Rubicon, after which there will be no more sovereign states in Europe with fully-fledged governments and parliaments which represent legitimate interests of their citizens, but only one State will remain. Basic things will be decided by a remote 'federal government' in Brussels and, for example, Czech citizens will be only a tiny particle whose voice and influence will be almost zero. We are against a European superstate."
Czech President Vaclav Klaus, Mlada Fronta Dnes, 29-9-2003