In spite of days of controversy, today’s signing of the “Berlin Declaration” went ahead without amendment. The pivot and crux of the controversy is the announcement of an intended replacement for the failed EU constitution which will have the same content under a different title and is to be ratified as quickly as possible. This arrangement has occasioned great displeasure in several European capitals. The most influential German think-tank, the Bertelsmann Foundation, maintains that European unification must be driven forward; the greatly contested EU constitution is to be merely the “point of departure”.

For the first time, the foundation recently presented a draft paper to top politicians from twenty EU countries and the USA on the “strategic reorientation” of the EU in which it recommended, as a first step, that the national armed forces of all member states should be combined into a single EU army. The German Chancellor has taken up this suggestion. Frau Merkel warned against refusing so-called integration. She said “The ideal of European unification is today again a matter of war and peace”.

In spite of its notable lack of content the “Berlin Declaration”, announced this Sunday, has provoked widespread criticism. One cause was the unilateral procedure of the German Federal Government in drawing it up. The declaration was based on a suggestion of the German Chancellor’s office which was discussed in secret with delegates (“focal points”) in EU member states. (1)

As the envoy of the Czech Republic made known, those nominated as “focal points” had only a single bilateral phone conversation with the German authorities and were then advised of the declaration’s content by e-mail. (2)

Neither the national parliaments nor the European Parliament had sight of the wording, arrived at in this conspiratorial way. In no case were the people of any member state consulted. In this declaration, arrived at by sole decree of the executive without the slightest democratic feedback, it now states: “We citizens of the European Union are, to our good fortune, united.” (3)

As the Federal Government has made known, it will continue with this unusual procedure to compel ratification of a lightly modified EU Constitution. Government circles have let it be known that the method of instituting the Berlin Declaration is “of value in itself because we wish to use this method for progressing the second half of our presidency and the road map for the constitution, if member states can live with it and something useful comes out of it”. Having succeeded in quietening Czech resistance in the last week, Berlin hopes to advance its position on the EU constitution to a breakthrough by means of this procedural trick.

The foundation funded by the German media group Bertelsmann is demanding further large steps. At the end of February it called together 45 high-ranking participants from 21 countries to a “Strategy Group” – amongst them the former Austrian Chancellor Wolfgang Schuessel, the former Polish President Aleksander Kwasniewski, the Czech Deputy Prime Minister Alexandr Vondra, the former German Foreign Minister Josef Fischer and several EU Commissioners. The Bertelsmann Foundation publicised the event, claiming that “the hand-picked circle of participants covered all the great geographical areas of today’s European Union, EU candidate states and the USA” – a rather Germano-centric collective effort aimed at “the strategic reorientation” of the EU. (4)

According to the report, further development of the EU “is only possible on the basis of an altered treaty”. (5) The EU constitution proposed in Berlin today is “simply the point of departure to enable the achievement of totally new goals”. “Europe wishes to be acknowledged alongside the United States of America as the voice of the West,” it states in a “memorandum” upon which the debate was based. “For this, considerably greater efforts are necessary on the world stage, from world trade through global environment up to civil and military crisis management”. (6)

As the next step, the members of the “Strategy Group” took into their consideration the merging of European national forces into a unified EU army.

The German Federal Chancellor has now made this suggestion her own. “In the EU itself we must move closer to a common European army,” demanded Angela Merkel in Berlin’s tabloid press last week. (7) This drives the EU debate far beyond the EU constitution and limits the elbow room of those previously opposed to it. The same goes for another suggestion by the Bertelsmann foundation which was laid before the “Strategy Group”.
According to this proposal, the internal hierarchy of the EU should be more strongly formalised than proposed in the constitution. Increased powers of political decision should be conferred on those states which have adopted the euro currency. “The euro group should have a special role in designing the future of the EU.” (8)

To increase pressure on the smaller EU members, the German government is dropping bellicose hints and portraying their EU plans as a method of avoiding descent into a new catastrophe – war.The Federal Chancellor announced in tones pregnant with disaster, “We should not take peace and democracy for granted. The ideal of European unification is still today a question of war and peace.” (9)

Similar threats previously enabled the Federal Government to force through the Eastern expansion of the EU against heavy resistance in the mid-Nineties. Then the present Minister of the Interior, Wolfgang Schaeuble, declared in a strategy paper that “Germany might be required or compelled by its own security considerations to achieve the stabilisation of Eastern Europe alone and in the traditional manner.” That paper was published on 1st September 1994, the 45th anniversary of Germany’s attack on Poland. (10)

The Federal Chancellor’s warning is a spin on those threats of war in a scarcely concealed form. It makes clear the radical determination of German foreign policy to achieve a total reordering of Europe under the aegis of Berlin, enforced by all means – apparently not excluding the military.

Report by the German Journalists of www.german-foreign-policy.com
BERLIN / GUETERSLOH (Own Report, 25/3/2007).
Translated into English from Germany Calling No 65 25.03.2007

The following texts on the main theme of the “Berlin Declaration” are available from links on www.german-foreign-policy.com.
The article “Kriegsverlierer” is an interview in English with Lord Stoddart of Swindon. See also (in German) Erfolgsgeschichte, Unter Fuehrung des Reiches, Nicht hinnehmbar sowie Auszuege aus dem Memorandum der Bertelsmann-Stiftung.

Note: THE BERTELSMANN FOUNDATION. This organisation, which has charitable status, is the
principal shareholder in the Bertelsmann group of media companies. 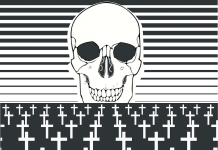 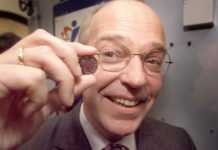 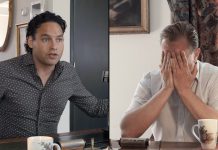 "Our new Constitution is now established, and has an appearance that promises permanency; but in this world nothing can be said to be certain, except death and taxes."
Benjamin Franklin