Let’s face it: The Federal Reserve must be scared to death as it watches the financial system unravel.
Unravel would appear to be the operative word as leverage proves to be as toxic on the way down as it was intoxicating on the way up.
By late last week, events seemed to be spinning out of control. Credit spreads were blowing out, with tax-exempt municipal bonds out-yielding Treasuries by a record and the spread between Fannie Mae mortgage-backed securities and government bonds hitting a 22-year high. Treasury bill yields were collapsing (further). The U.S. dollar was sinking like a stone. And commodity prices, in their lofty ascent, had all the makings of a market unhinged from the fundamentals, which, after all, is the definition of a bubble.
Mortgage foreclosures hit an all-time high in the fourth quarter of last year while homeowners’ equity, or the value of a home less the outstanding mortgage, sank to an all-time low of 47.9 percent.
This measure of owners’ equity has been declining since the Fed started collecting data in 1945. (This isn’t your father’s housing market.) More unusual was the drop in the value of household real estate in the fourth quarter, one of a handful of declines in the half-century life of the series.
Margin calls are causing forced selling of assets (often what investors can sell, not what they’d like to sell), which makes them cheaper, which triggers additional margin calls and more forced selling. No wonder the Fed announced two initiatives early Friday before the New York Stock Exchange opened to address “heightened liquidity pressures.”
Temporarily Permanent The Fed said it was increasing the amount banks could borrow at the Term Auction Facility (TAF) to $100 billion this month compared with $60 billion in January and February. “The Federal Reserve will increase these auction sizes further if conditions warrant,” the central bank said in its press release.
In addition, the Fed will make $100 billion available through term repurchase agreements, collateralized loans to Wall Street primary dealers.
Fifteen minutes after the Fed’s announcement, the Labor Department reminded us that the economy’s problems aren’t strictly financial. Non-farm payrolls fell 63,000 in February, following a revised 22,000 drop in January. Employment has always been the most visible, and perhaps the most important, of coincident economic indicators. Your average Joe doesn’t know, and probably doesn’t care, if industrial production is expanding or contracting in any given month.
Waiting for a Plan
Jobs are a different story. Statistically there isn’t much difference between a decline of 63,000 and a similar-sized increase. It’s the sign, and the trend, that matter. Private payrolls fell 101,000 last month, the third consecutive monthly decline.
What is to be done? The Fed has lowered its benchmark rate by 225 basis points since September, with another 75 basis points expected on March 18, based on the prices of fed funds futures. It introduced, and now enhanced, the TAF to address liquidity needs.
President George W. Bush and Congress worked together to pass a $168 billion fiscal stimulus package, including tax rebates for savings-short households and tax breaks for business. The pace of mortgage delinquencies and foreclosures is outpacing Treasury Secretary Hank Paulson’s ability to keep up with them.
Paulson said last week that the administration was looking at the mortgage-origination and securitization process, disclosure, regulatory and capital issues, and the rating companies. We can expect new proposals “in the weeks ahead,” he said.
Galt’s Solution
The following day, Fed Chairman Ben Bernanke encouraged mortgage servicers to write down a portion of the principal on home loans, which would give owners some equity and discourage foreclosure. He advocated a bigger role for the Federal Housing Administration, a Depression-era agency that insures mortgages. Congress envisions an even larger role for the federal government.
Any day, I expect some government official to unveil the John Galt plan to save the economy.
Galt, the hero of Ayn Rand’s magnum opus “Atlas Shrugged,” stops the world by going on strike. He and the “men of the mind” literally withdraw from the world after watching their wealth confiscated by the looters (the government).
Toward the end of Rand’s 1,000-plus page novel (or polemic), the economy is in shambles. Desperate, the looters kidnap Galt and prod him to “tell us what to do.”
Galt refuses, or rather tells them “to get out of the way.”
Road Is Cleared You probably can sense where I’m going. Today’s economic and financial crisis would resolve itself more quickly and efficiently if the government got out of the way. Yes, there would be pain. Some banks would fail. Others would clamp down on credit to atone for the years of lax lending standards. Homeowners-in-name-only would become renters. Housing prices would fall until speculators found value.
That’s not going to happen. The bigger the mess, the more urgent the calls for a government solution, the more willing government is to oblige.
We want laissez-faire capitalism in good times and a government backstop against losses in bad times. It’s a tough way to run an economy. 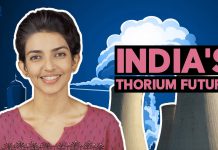 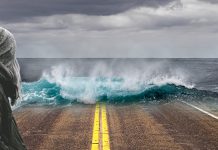 "In our desire to have government become our benefactor and sustainer, we have allowed it to become our taskmaster and overlord. As a result, we have become little more than well-fed, well-entertained slaves to the state. Freedom, as envisioned by our forefathers, is gone."
Chuck Baldwin 2001 (www.chuckbaldwinlive.com)