Notes for Den Haag: Blauwe Planeet in Groene Kluisters
Vaclac Klaus:I would like first of all to thank all who helped to organize the Dutch translation and publication of my book “Blue Planet in Green Shackles”, especially Johann Grünbauer whose idea it was, and also those who helped to organize this book-signing ceremony. I am really pleased to be here, in Holland, after so many years. I must confess that I am more often in other European countries. I don’t know why. As someone who participated in the Nijmegen four days marching I think I belong here.

To the topic of my book I would like to say the following: My today’s prejudices and preferences are – quite inevitably – heavily influenced by the fact that I spent most of my life under the communist regime. In spite of such an experience I know that the future dangers will not come from the same ideology. The name of the new one will be different, but its essence will be very similar. There will be the same attractive, pathetic, at first sight noble idea that transcends the individual in the name of the common good, and supplemented by the enormous self-confidence on the side of its proponents about their right to sacrifice the man and his freedom to make this idea reality. In the past it was in the name of the Proletariat, this time of the Planet. The danger now is called environmentalism and its currently strongest version, climate alarmism.

That is the main reason for this book of mine. That is the driving force behind my active involvement in the Climate Change Debate and behind my being the only head of state who in September 2007 at the UN Climate Change Conference openly and explicitly challenged the current global warming hysteria.

My central argument is – in a condensed form – formulated in the subtitle of this book of mine. I ask: “What is Endangered: Climate or Freedom?” My answer is: “it is our freedom.” I may also add “and our prosperity”.

In spite of the fact that everything has already been said, that all rational arguments have been used, global warming alarmism is marching on.

There are many questions connected with this issue:

1) Is there a statistically significant global warming?

4) Should a moderate temperature increase bother us?

You will find some of my answers in this book. I don’t intend to repeat it here now, just one additional empirical argument may be, nevertheless, useful. I recently looked at the European CO2 emissions data covering the period 1990-2005, which means the Kyoto Protocol era. You see in them a very robust relationship between CO2 emissions and the rate of economic growth. Three groups of differently growing countries give very different results:

– the lesser developed countries – Greece, Ireland, Portugal and Spain – during this period tried to catch up with the economic performance of the more developed EU countries. Their rapid economic growth led to the increase of their CO2 emissions in 15 years by 53%;

– the European post-communist countries went after the fall of communism through a fundamental (but voluntarily unorganizable transformation shake-out and a radical economic restructuring) and their GDP at the beginning drastically declined. These countries decreased their CO2 emissions in the same period by 32%;

– the remaining “normal”, which means slow-growing if not stagnating EU countries increased their CO2 emissions by 4%.

The huge differences in these three figures – +53%, -32% and +4% – are almost fascinating. And yet, there is a dream among European politicians to reduce CO2 emissions for the entire EU by 20 per cent in the next 13 years (compared to the 1990 level).

What does it mean? Do they assume that all countries would undergo a similar economic shock as was experienced by the Central and Eastern European countries after the fall of communism? Do they assume that European economically weaker countries would stop their catching-up process? Do they intend to organize a decrease in the number of people living in Europe? Or do they expect a miracle in the development of the emissions/GDP ratio, which would require a technological revolution of unheard-of proportions? I don’t know.

What I know, however, is that we have to restart the discussion about the very nature of our society and about the relationship between the individual and the state, because the issue is not climatology. It is freedom.
——————————————————
*) www.klaus.cz/klaus2/asp/cla… 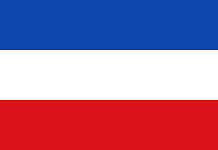 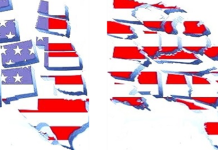 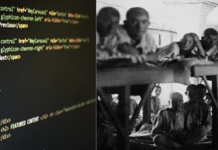 "A people incapable of protecting themselves will lose their rights as a free people, becoming either servile dependents of the state or of the criminal predators who are their de facto masters."
Robert Cottrol, George Washington University law professor