Few American presidents traditionally get what journalists and pundits call a honeymoon. There’s a period sometimes lasting up to 18 months when whatever goodwill remains from the pomp and circumstance of installing a president evokes deep patriotic feelings, creating an atmosphere in which even some members of the “opposition” party are inclined to cooperate with the new administration.

I suspect that Barack Obama, despite the historic character of his election, will have a shorter honeymoon than many. The economic problems triggered by the government-induced housing bubble have mostly to do with the injection of too much inflationary funny money into the economy, so injecting more, while it may create a temporary sensation of relief, will hardly fix the problems. Perhaps more importantly, however, he faces foreign policy challenges – largely hangovers from the eight years of Bush foolishness, but also some that would have been apparent anyway – that he seems to have little or no idea how to approach intelligently or constructively.

The most obvious example is his apparent determination to ramp up the war in Afghanistan, already the graveyard of several empires. U.S. commanders on the ground estimate that 400,000 troops are needed to prevail (whatever that means), and that is probably an optimistic estimate based on conventional military tactics rather than a realistic understanding of what it takes for foreign occupiers, even with the cooperation of the titular government, to handle an insurgency consisting of people who live there and plan to be around when the occupiers grow weary and leave. And there is simply no way, logistically, that the U.S. can muster 400,000 troops for Afghanistan, and the Europeans and the Australians, watching as the Afghanistan mission splinters NATO before their eyes, are more inclined to remove themselves than to fortify the mission.

Sending two or three more brigades of 4,000 people apiece may help some commanders on the ground with local, tactical problems, but otherwise it’s a bit like the gambler who is losing at the tables deciding not to double-down but to place progressively larger bets, none of them sufficient to recoup his losses if he should get lucky and win a hand or two. From the perspective of Western observers, Afghanistan, with its tribal and local loyalties, has always looked messy and probably always will. Why is it so difficult to permit it to be the Afghans’ messy situation? Why insist on stirring the pot?

The Afghan situation, of course, is complicated by the fact that Taliban and other militant forces have sanctuaries in Pakistan, in a part of the country that the government has never effectively ruled. The new government in Pakistan is still shaky, and U.S. raids into Pakistan, of the kind Obama has endorsed (even though he might make them less frequent and more specifically targeted) are likely to discomfit Pakistanis even more and would hardly contribute to making the government, which after all does possess nuclear weapons, more stable. It would be surprising if developments along the Afghan-Pakistani border didn’t force a new Obama administration to make some difficult choices, between the unsatisfactory and the terrible, fairly early on.

Then there’s Georgia. Obama’s running mate, Joe Biden, has if anything been more aggressive than Cheney in urging that Georgia’s somewhat artificial independence, hardly a core U.S. interest, be defended at all costs. With the news that independent military observers are now reasonably sure that Georgia’s initial attacks on the breakaway province of South Ossetia were hardly a precise and strictly defensive operation but instead involved “indiscriminate artillery and rocket fire, exposing civilians, Russian peacekeepers, and unarmed monitors to harm” has further weakened whatever case there might have been for committing U.S. and other Western forces to defending Georgia.

Russian President Dmitry Medvedev’s announcement that Russia plans to install missiles near Poland as a counter to the announced U.S. plan to install anti-missile defense units in Poland and the Czech Republic offers another possible complication that Obama could face early in his tenure. The sensible thing is to try to reconstitute relatively normal relations with Russia, which even with a reduced price of oil (which could be temporary) is a power to be reckoned with. There are bound to be points of conflict if the U.S. under Obama doesn’t move toward strategic disengagement from the world outside the American Northern Hemisphere, but they are unlikely to be entirely unresolvable, unless an emotional commitment to Georgia prevents such commonsense steps.

It seems unlikely that an Obama administration would continue the Bush push to bringing Georgia and Ukraine into the empty shell that NATO has become. But if tensions in the Caucasus region continue and the new administration isn’t in some kind of direct contact with Russia to determine what’s worth having a real confrontation over and what isn’t, something resembling a real crisis could ensue. No matter which direction an Obama administration goes in the region, it is bound to encounter criticism here at home.

Iran, of course, is also likely to prevent challenges. Obama has said it would be unacceptable for Iran to acquire nuclear weapons, but it is unclear how that could be accomplished if Iran is really determined to get them. Western European countries will probably give Obama something of a honeymoon, if only because he isn’t Dubya, but Germany and France have extensive commercial relations with Iran and will be reluctant to engage in confrontational activities that could endanger them – not to mention that Russia, unless something is done quickly to re-normalize relations is likely to continue to throw sand in the gears.

And we haven’t even mentioned North Korea yet, where the Bushies may have bollixed an effort to get the “hermit kingdom” to give up pursuing nuclear weapons – and where the possible demise of dictator Kim Jong-Il could throw the country into turmoil, at least until new power relationships are sorted out.

An Obama administration is also likely to come under some pressure from ostensibly humanitarian forces, largely but not solely on the left side of his party, to consider intervention in Darfur, which could easily develop into an open-ended commitment without a clear definition of what would constitute success or a path to achieving it.

Add to all this Israel and Palestine, where the Bush administration effort to get a two-state solution by the end of his term is widely acknowledged to be going almost nowhere. Obama pledged obeisance to AIPAC, and his chief of staff, Rahm Emanuel, volunteered with the Israeli Defense Forces during the first Gulf War, so the United States is not likely to be perceived as anything closer to a neutral arbiter than it was under Bush. But will there be pressure to “do something,” even if it is unclear that anything constructive can be done? Will there be a new conflict between Israel and Hezbollah? Will an Obama administration continue to discourage negotiations between Israel and Syria, which have begun without U.S. encouragement and could be the most hopeful recent development in the region?

And then there’s Iraq, of course. Will Obama stick to his 16-month “timetable,” or will he find reasons to keep a contingent in Iraq longer, or even keep permanent military bases in the region? He will face preliminary decisions almost before he has had a chance to get his feet on the ground.

Finally, the world almost always presents new U.S. presidents with surprises few had anticipated. The 9/11 attacks arguably changed the course of the Bush administrations 180 degrees and gave the neocons a purchase on real power. Some equally unexpected (except in the depths of some intelligence agency) event is likely to confront Obama.

You could argue that Barack Obama deserves a longer honeymoon than most incoming U.S. presidents, for various reasons. For better or worse, however, he is unlikely to get one. 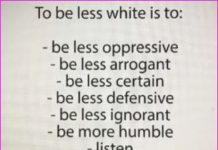 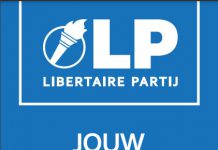 "It is error alone which needs the support of government. Truth can stand by itself."
Thomas Jefferson (1743-1846), U.S. President, Notes on the State of Virginia, 1782