While the nation is on the subject of socialism, we really ought to talk about public schooling. With the possible exception of the military, it’s the best example of a socialist institution one could ever find. It’s not a coincidence that public schooling is one of Fidel Castro’s favorite government programs.

Actually, “public schooling” is a misnomer. It would be more accurate to call it “government schooling” because it’s a government operation from start to finish. That’s different from, say, public movie theaters or public restaurants. Those are private businesses that are open to the public.

Whether the control comes from the state government, through the state department of education, or the local government, through a school board, the principle is the same – a group of appointed or elected government officials is directing the educational decisions of multitudes of students. That’s different from the private sector, where consumers, through their spending decisions, determine the direction of entrepreneurial and business activity.

Government officials decide the textbooks and the curricula in government schools. Thus, they decide the substance of what is to be taught to the students. In socialist countries like Cuba, we usually call that process indoctrination.

An American teacher might deviate from time to time from official doctrine, but if the deviation is major and persistent, the teacher will ultimately be forced into conformity. For example, suppose a schoolteacher begins teaching students that the drug war is immoral and destructive and, therefore, that drugs should be legalized. Outraged parents would bring their wrath down upon the school board, which would pressure the principal, who would send an appropriate message to the teacher.

The private sector gets its money differently. Private businesses must produce goods and services that people find sufficiently valuable to pay for voluntarily.

How do government schools get their customers? Through force. That’s where compulsory-attendance laws come into play. If a parent fails to send his children into the public school system or fails to subject them to some alternative form of government-approved education (e.g., charter schools, government-licensed private schools, or homeschooling), the parent is subjected to extreme sanctions, including imprisonment. Of course, that’s not the way that businesses in the private sector get their customers.

What’s the alternative to government schooling? No, not charter schools or a voucher system or even a system of government-licensed private schools or government-supervised homeschooling. Those reforms leave government in charge of education and continue to rely on coercion.

Instead, the genuine alternative to government schooling is a free market in education – that is, an educational system that is entirely free of governmental involvement – a total separation of school and state. A free-market educational system would operate the same way that restaurants and movie theaters operate. Consumers, not the government, would decide the appropriate educational vehicles for their children, and businesses and entrepreneurs would supply those demands by providing people with educational products and services.

Advocates of government schooling claim that parents are not competent to make educational decisions for their children. That raises an obvious question: Why not? Aren’t most parents products of public schooling? If public schooling has produced a nation of adults who lack the competence to guide their
hildren’s education, why do we want to continue a system that is likely to produce the same result?

Zie:   The Socialism of Public Schooling 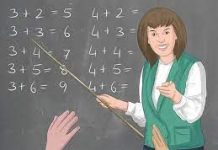 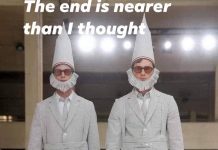 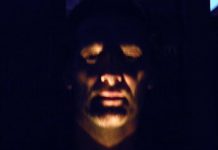 "When we lose the right to be different, we lose the privilege to be free."
Charles Evans Hughes