The Irish & the French

The French President is sitting in his office when his telephone rings.

‘Hallo, Mr. Sarkozy!’ a heavily accented voice said.  ‘This is Paddy down at the Harp Pub in County Clare , Ireland .  I am ringing to inform you that we are officially declaring war on you!  We voted to reject the Lisbon treaty!’

‘Well, Paddy, Sarkozy replied, ‘This is indeed important news! How big is your army?’

‘Right now,’ says Paddy, after a moment’s calculation, ‘there is myself, me Cousin Sean, me next door neighbour Seamus, and the entire darts team from the pub;  that makes eleven!’

Sure enough, the next day, Paddy calls again. ‘Mr.Sarkozy, the war is still on.  We have managed to get us some infantry equipment!’

‘And what equipment would that be Paddy?’ Sarkozy asks.

‘Well, we have two combines, a bulldozer, and Murphy’s farm tractor.’

‘Saints preserve us!’ says Paddy. ‘I’ll have to get back to you.’

Sure enough, Paddy rings again the next day. ‘Mr. Sarkozy, the war is still on! We have managed to get ourselves airborne! We have modified Jackie McLaughlin’s ultra-light with a couple of shotguns in the cockpit, and four boys from the Shamrock Bar have joined us as well!’

Sarkozy was silent for a minute and then cleared his throat. ‘I must tell you, Paddy, that I have 100 bombers and 200 fighter planes.  My military bases are surrounded by laser-guided, surface-to-air missile sites. And since we last spoke, I have increased my army to
200,000!’

Sure enough, Paddy calls again the next day. ‘Top o’ the mornin’, Mr. Sarkozy!  I am sorry to inform you that we have had to call off the war.’

‘Really? I am sorry to hear that,’ says Sarkozy. ‘  Why the sudden change of heart?’

‘Well,’ says Paddy, ‘we had a long chat over a few pints of Guinness and packets of crisps, and we decided there is no way we can feed 200,000 prisoners.’ 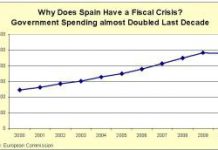 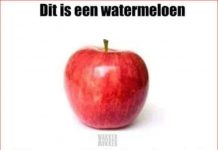 "Wherever politics intrudes upon economic life, political success is readily attained by saying what people like to hear rather than what is demonstrably true. Instead of safeguarding truth and honesty, the state then tends to become a major source of insincerity and mendacity."
Hans F. Sennholz