Exactly one year ago today, President Barack Obama swept into the White House on winds of promised change. But a Newsmax look back at his first 365 days in office finds far fewer highlights than lowlights.

On the positive side, Obama no doubt raised the image of America abroad, as demonstrated by his selection as the winner of the Nobel Peace Prize, and he drew praise by going to Dover Air Force Base to witness the return of some American soldiers killed in action.

He signed legislation in February to expand publicly funded insurance for children, reducing the number of uninsured youths by half.

He saw the Senate confirm his choice for the Supreme Court, Sonia Sotomayor, as the first Latino justice on the high court.

And he set a new record for getting Congress to vote a president’s way, clinching 96.7 percent of the votes on which he had clearly staked a position — breaking the record set by President Lyndon Johnson in 1965, according to Congressional Quarterly.

Some would say that passage of the $787 billion stimulus package also should be viewed as an Obama success in that it may have staved off an even deeper economic meltdown.

But on the negative side, Obama’s first year has been marked by failures, gaffes, broken promises and other missteps, including:

Looking at the high and low points of Obama’s first year, it is no surprise that his job approval rating has plummeted from around 70 percent when he took office to below 50 percent today. And the latest ABC News/Washington Post poll found that 62 percent of Americans now say the country is on the wrong track, the most in 11 months. 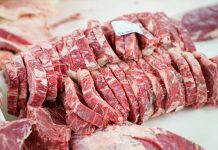