Maar deze mensen realiseren zich niet dat het “Rosemary’s baby” is.
Quote of the Day: “Some people say I go too far in wanting to cut the government. They say I want to throw out the baby with the bathwater. But here’s what they don’t understand: It’s Rosemary’s baby.”  — Harry Browne–

In this message . . . * Why we miss Harry Browne * A short example of his writing.

Downsize DC co-founder, Harry Browne, died five years ago today. We miss him, terribly. We think it’s a shame that the man who described himself as suffering from “chronic euphoria with Pollyanna syndrome,” didn’t live to see the exploding interest in the Constitution, liberty, the Federal Reserve, and more. He predicted it would happen, because the politicians were running out of wiggle room, but he missed seeing it by just a couple of years.

We wish the former investment advisor who encouraged people to prepare for calamities imposed by the reckless State, was here to give us insight on the present economic troubles.

We remember the former presidential candidate who was ready to devote his energies to ending two wars — both the war on persons who use drugs and the wars on foreign nations. He would be pleased, without gloating, to see the many who attacked him while alive, who now see these ideas as self-evident.

But mostly, we just miss our dear friend.

We would describe Harry Browne’s communication style as radical, but comforting. He could present the most contrarian notions in a way that had gravitas, warmth, and persuasive power. He taught us that all attempts to persuade need a YOU orientation; that you must tell people how your ideas will benefit them, and the people they love.

We try to do exactly that in our work here at Downsize DC. And we try to emulate Harry in other ways too. For instance . . .Harry was always prepared. He knew he had only one brief chance to make a first impression, so he had great soundbites, like the “Quote of the Day” above.

And this one: “Government is good at one thing. It breaks your legs, then gives you a crutch and says, ‘See, without us you wouldn’t be able to walk.'”

You can read all of Harry Browne’s articles and purchase copies of many of his books at http://www.HarryBrowne.org

Today, in tribute to our departed friend, we present a very slightly modified version of Harry Browne’s final column. With Pamela Browne’s permission, we present this example of Harry’s style because it says so much of what we believe, in such a simple, clear, and brief way.

We’ve titled it, “Why You’re a DC Downsizer.”

You’re a DC Downsizer because you abhor violence . . .

If two people have agreed to engage in voluntary behavior between them, with no violence involved, you’d never think of:
–Using a gun to stop them;
–Hiring an armed gang to threaten to kidnap them if they didn’t stop;
–Using the government in place of the armed gang to stop them.

If a company and an individual have agreed to engage in voluntary behavior between them, with no violence involved, you’d never think of:
–Using a gun to stop them;
–Hiring an armed gang to threaten to kidnap them if they didn’t stop;
–Using the government in place of the armed gang to stop them.

I a foreign government is not attacking America,
–you’d never support the idea of initiating violence against the foreign country.

As one who abhors violence, you’re willing to tolerate anything that’s peaceful, and you practice the principle of live and let live –opposing the initiation of force (violence) against anyone for any purpose. 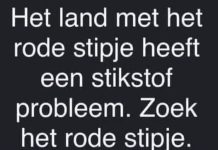 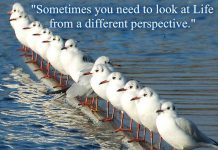 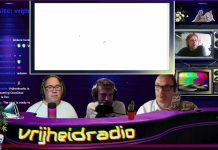 "The best we can hope for concerning the people at large is that they be properly armed."
Alexander Hamilton