A general strike is expected across Greece today. For major cities such as Athens, this is expected to make a challenging life more difficult. In a village on the outskirts of Volos in the north, it shouldn’t be crippling, but the debate is still intense.

The owner of a small, one-star hotel tells us that she has to lock her doors for the first time in her life. Neighbors used to be able to wander casually into each other’s homes unannounced, but not any more. There is fear.

Few trust the banks any more. Older folk are closing their accounts and keeping the cash at home, easy prey to an increasing numbers of thieves roaming the back streets and alleys. But the petty thieves are nothing compared to the official thieves at the pinnacle of political power.

Daily scandals emerge in the news about this politician or that well-connected official who started public service with humble means and who now rides around in a 70,000 euro ($100,000) Lexus. Deals made with German banks for big projects and infrastructure vanished once the loans were signed.

This hotel owner feels secure enough. Unlike so many other hoteliers who took government sponsored loans to upgrade and expand, she has no debt and could close her doors today and still live comfortably.

Another woman in Rhodes complained that the government paid half of the expansion and upgrades at the big hotels, new furnishings and rooms, but the small hotels were turned down. They were told that it was because the big hotels had more employees, but the real reason was suspected to be corrupt political clout.

In front of the parliament at the Syntagma Square in Athens a few days ago, a massive rally of citizens were continuing the month-long protest against the budgetary reforms that are being imposed by the International Monetary Fund (IMF), the European Union, and the big banks. “They are trying to sell off everything of Greece to the big banks…the water, the monuments, the countryside!”

Unemployment is very high in Greece, tourism is off, and several workers said they were planning to go elsewhere for jobs, perhaps to Bulgaria or Serbia. At the same time the police were confining the activities of the angry artists and firemen on the streets of Athens, the police were also rallying from all across the country in defiance of cuts to their own pay.

A young, naïve protestor in front of the Parliament explained to a blogger’s camera the solution was to stop using money. “If we’d all have a smile and a change of heart, we could do what we want and all live well together. There’s enough food, clothing, and shelter if we’d just learn to share.”

Everywhere one can see the graffiti of the anarchist left, “Profit = Theft”. To a great many of the youth, dressed in their finest fashion and sporting high-tech computers, motorcycles, and cameras, the villain is “capitalism” and the solution is just getting the correct person at the helm of government. They hate the corrupt system, but have no notion of what should replace it. Indeed, “Who is John Galt?”

Ironically, the square is circled by a vast army of entrepreneurs from other, much poorer countries. These diligent survivalists clerk the booths and march the sidewalks peddling the food, drink, and sunglasses to a crowd of spoiled, new age revolutionaries.

There is intense anger with Prime Minister George Papandreou and his Socialist Party. Protestors explained that they supported and voted for Papandreou when he came to power because he said he would clean up the corruption. Now they scoff at these empty promises.

The hotelier near Volos said Papandreou won the last election because his opponent said there wasn’t money enough for all the spending promised by the Socialists. When asked for whom she voted, she replied, “None of them. They’re all liars.”

A working man, Giannelis Panagiotis, told us, “They are all babies. This whole nation had their hand out when money was offered from the European Union. We need to stop being babies, go back to being poor, and rebuild from the beginning by relearning how to produce wealth by ourselves. Greece has all the natural resources and wealth, but it isn’t being used to produce anything.”

The best summary is from Jason Zafolia, the Greek Representative of the International Society for Individual Liberty, “The responsibility for the present bad situation in my country has to do exclusively with our political system of statism or mixed economy according to which the state could make us live beyond our economic means.

“The Greek politicians of the last 30 years were demagogues without principles and ideology, increasing the size of the public sector by taking more civil servants, more public spending to pressure groups and, of course, more debt in order to gain elections.

“The population encouraged that because from the school years they were taught that the state can solve all our problems. And now how can the present government ask for the money back from the Greek citizens? As you have seen from yesterday’s demonstrations, it’s not that easy.

“As Frederic Bastiat wrote in his book, The Law: ‘When plunder becomes a way of life for a group of men living together in society, they create for themselves in the course of time a legal system that authorizes it and a moral code that glorifies it.’”

In the midst of the crowd a cry went out as the runners from Sparta completed their four straight days journey by foot to join the protest. Yet, visiting Thermopylae a few days later, where the few, staunch 300 Spartans faced off against a vastly greater Persian army in 480 BC, we felt a chilling reminder of the devastating impact of betrayal.

The Spartans were ultimately defeated by one of their own who sold out to the Persians and led them through a secret path in the mountains. Today the betrayal is by their own politicians. 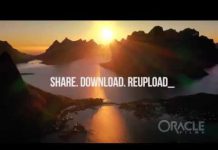 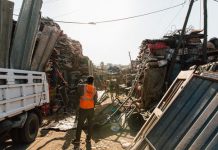 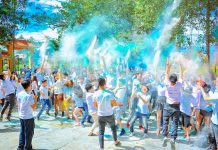 "It took about 150 years, starting with a Bill of Rights that reserved to the states and the people all powers not explicitly delegated to the federal government, to produce a Supreme Court willing to rule that growing corn to feed to your own hogs is interstate commerce and can therefore be regulated by Congress."
David Friedman, The Machinery of Freedom