After reading Barack Obama’s book “Dreams from My Father,” it became painfully clear that he has not been searching for the truth, because he assumed from an early age that he had already found the truth — and now it was just a question of filling in the details and deciding how to change things.

Obama did not simply happen to encounter a lot of people on the far left fringe during his life. As he spells out in his book, he actively sought out such people. There is no hint of the slightest curiosity on his part about other visions of the world that might be weighed against the vision he had seized upon.

As Professor Richard Epstein of the University of Chicago Law School has pointed out, Obama made no effort to take part in the marketplace of ideas with other faculty members when he was teaching a law course there. What would be the point, if he already knew the truth and knew that they were wrong?

This would be a remarkable position to take, even for a learned scholar who had already spent decades canvassing a vast amount of information and views on many subjects. But Obama was already doctrinaire at a very early age — and ill-informed or misinformed on both history and economics.

His statement in “Dreams from My Father” about how white men went to Africa to “drag away the conquered in chains” betrays his ignorance of African history.

European conquests in Africa had to wait until Europeans found some way to survive lethal African diseases, to which they lacked resistance. Only after medical science learned to deal with these diseases could the era of European conquests spread across sub-Saharan Africa. But the Atlantic slave trade was over by then.

There was no reason why Barack Obama had to know this. But there was also no reason for him to be shooting off his mouth without knowing what he was talking about.

Similarly with Obama’s characterization of the Nile as “the world’s greatest river.” The Nile is less than 10 percent longer than the Amazon, but the Amazon delivers more than 50 times as much water into the Atlantic as the Nile delivers into the Mediterranean. The Nile could not accommodate the largest ships, even back in Roman times, much less the aircraft carriers of today that can sail up the Hudson River and dock in midtown Manhattan.

When Obama wrote that many people “had been enslaved only because of the color of their skin,” he was repeating a common piece of gross misinformation. For thousands of years, people enslaved other people of the same race as themselves, whether in Europe, Asia, Africa or the Western Hemisphere.

Europeans enslaved other Europeans for centuries before the first African was brought in bondage to the Western Hemisphere. The very word “slave” is derived from the name of a European people once widely held in bondage, the Slavs.

As for economics, Obama thought that Indonesians would be worse off after Europeans came in, used up their natural resources and then left them too poor to continue the modern way of life to which they had become accustomed, or to resume their previous way of life, after their previous skills had atrophied.

This fear of European “exploitation” prevailed widely in the Third World in the middle of the 20th century. But, by the late 20th century, the falseness of that view had been demonstrated so plainly and so often, in countries around the world, that even socialist and communist governments began opening their economies to foreign investments. This often led to rising economic growth rates that lifted millions of people out of poverty.

Barack Obama is one of those people who are often wrong but never in doubt. When he burst upon the national political scene as a presidential candidate in 2008, even some conservatives were impressed by his confidence.

But confident ignorance is one of the most dangerous qualities in a leader of a nation. If he has the rhetorical skills to inspire the same confidence in himself by others, then you have the ingredients for national disaster. 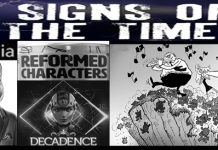 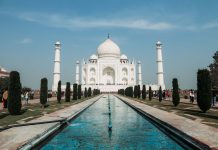 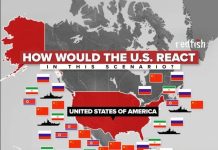 "I do not challenge the dedication and sincerity of those who disagree with the freedom philosophy and confidently promote government solutions for all our ills. I am just absolutely convinced that the best formula for giving us peace and preserving the American way of life is freedom, limited government, and minding our own business overseas."
Ron Paul