For someone like me, who after the fall of communism actively participated in preparing and organizing radical political and economic changes, the world we live in now is a disappointment. We live in a far more socialist and etatist society than we had then imagined. After the promising beginning, we are in number of respects returning back to the era we used to live in in the past and which we had considered gone once and for all. Let me stress that I do not have in mind this country only but Europe and the whole Western world.

Twenty years ago, it seemed to us that right in front of our eyes a far-reaching shift was taking place on the “oppresion vs. freedom” and the “state vs. market” axis. It was a justified feeling. It was reinforced by the fact that our Velvet Revolution had taken place at a time of the historically unique era of Ronald Reagan and Margaret Thatcher. Thanks to them and in the world of ideas thanks to Hayek, Friedman, Stigler and a few others, we believed that capitalism, at least for a certain period of time, succeeded in defending itself against global socialism. People like me knew that these individuals were exceptional and unique, but we did not expect that what they achieved would be so quickly forgotten. We erroneously hoped that the changes that had been taking place at that time were irreversible.

Today, many of us no longer have this feeling; at least I certainly do not. Once again, almost invisibly and in silence, capitalism and freedom have been weakened.

From the turn of the 1960s and 1970s, that is from the establishment of the Club of Rome and its first reports, I became afraid of the green ideology, in which I saw a dangerous alternative to the traditional socialist doctrine. It was evident that it was another radical attempt to change human society. The alleged depletion of natural resources and the so called population bomb were merely a pretence. At that time it was not possible to see the Global Warming Doctrine that arrived later, nor the power and dangers hidden inside it.

Even during our life under communism, people like me were aware of the leftism of intellectuals since we had the chance to see for ourselves that it was the intellectuals or their vast majority who served as the main driving force behind communism and doctrines close to it. Authentic representatives of the working class, that is Marx’s proletariat, have never been true believers in communism. Already at that time, I followed with great concern the “excessive production of under-educated intellectuals” that emerged in the West as a result of the rising university education for all. One of its implications was and is the superficiality of public discourse that has reached extraordinary dimensions.

Intellectuals are to a great extent socialists because – as Hayek put it – they are convinced that socialism is a “science applied to all fields of human activity” and thanks to that, it is a system created “exactly for them.” “Intellectuals feel they are the most valuable people” and that is why they do not want to be evaluated by the market, since the market often does not share their high self-evaluation. …

We learned a lot from Hayek’s seminal article “The Use of Knowledge in Society”. Whilst socialist ideologues (in the East and also in the West) regarded nothing else but science and other organized and organisable learning as knowledge, we – in line with Hayek – unterstood that the most important knowledge was practical knowledge dispersed within society that people use in their everyday life, and not just write books about. The nowadays so fashionable notion of the “knowledge economy” is empty. Each and every economy in the past has been based on knowledge, what mattered was how the people managed to use it.

I did not expect the powerful position that NGOs (that is civil society institutions) would gain in our countries and in particular in the supranational world, and how irreconcilable their fight with parliamentary democracy would be. It is a fight that they are winning more and more as time goes by. Institutions such as NGOs, which are the products of organised groups of people who in an apolitical manner strive for advantages and privileges, bluntly deny the liberalisation of human society that had taken place over the past two centuries. I do not recall where I first came across the statement that those institutions represent a new re-feudalisation of society, but I consider it to be a very good one. …

In a closed communist world, in which we opposed, due to the tragic experience with the imperial policy of the Soviet Union, everything supranational, i.e. coming from Moscow, we failed to see the danger of the gradually ongoing shift from national and international to transnational and supranational in the current world. In those days we did not follow European integration very closely, perhaps for understandable reasons. We tended to see only its liberalising aspect rather than the dangerous supranationalism that destroys the democracy and sovereignty of countries. …

I did not expect such popularity of public goods, of the public sector, of the visible hand of the state, of redistribution, of wisdom of the anointed in comparison with the wisdom of the rest of us. As an economist who has for decades, in fact from the mid-1960s, carefully followed Western economic literature, I did not expect that the ideas of monetarism would be so quickly abandoned, that people would so quickly forget that the word regulation is yet another expression for planning, that social policy would not differ much from communism, that people would forget that the market either is or is not, since it has to be formed spontaneously, that after a radical removal of grants and subsidies of all kinds we will be – by means of a new re-subsidisation of the economy – once again forced to introduce them, that such mistakes would be made in the economic policy, in the establishment of monetary unions, etc. We did not expect that people would be so unwilling to take on the responsibility for their lives, that there would be such fear of freedom, and that there would be such trust in the omnipotence of the state. 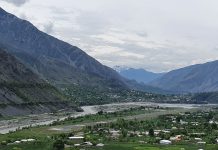 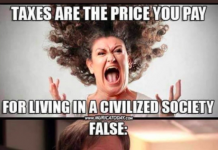 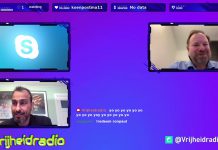 "The government is good at one thing. It knows how to break your legs, and then hand you a crutch and say, "See if it weren't for the government, you wouldn't be able to walk"."
Harry Browne