http://www.zerohedge.com/print/49958060 Prominent Germans Appeal Against Another War In Europe: “It Is Not About Putin. What Is At Stake Is Europe”

By Tyler Durden on 12/26/2014
Two weeks ago, as the S&P was preparing to surge on the latest round of all time high market-goosing algo trickery [8]by the FOMC, 60 prominent German personalities from the realms of politics, economics, culture and the media were less concerned with blinking red and green stock quotes and were focused on something far more serious to the future of the world: the threat of war with Russia.
In a letter published by Germany’s Die Zeit [9], numerous famous and respected Germans including a former president and former prime minister write “Wieder Krieg in Europa? Nicht in unserem Namen!”, or, roughly translated, “War in Europe Again? Not in Our Names!“
The open letter to the German government, parliament, and media, excerpted here [10], was signed by more than 60 prominent German personalities and published in the weekly Die Zeit on Dec. 5. The initiators were Horst Teltschik (CDU), advisor to then-Chancellor Helmut Kohl at the time German of reunification; Walther Stützle (SPD), former Secretary of State for the Ministry of Defense; and Antje Vollmer (Greens), former Bundestag Vice President. Teltschik said, in motivating the appeal, “We are giving a political signal that the justified criticism of Russia’s Ukraine policy should not wipe out all the progress that we have made in the past 25 years in relations with Russia.”
Below is an excerpted translation (source [10]) of the original letter found here [9].
Nobody wants war. But North America, the European Union, and Russia are inevitably driving towards war if they do not finally halt the disastrous spiral of threats and counter-threats. All Europeans, including Russia, are jointly responsible for peace and security. Only those who do not lose sight of this goal can avoid fatal actions.
The Ukraine conflict shows that the quest for power and domination has not been overcome. In 1990, at the end of the Cold War, we all hoped that it would be. But the success of the détente policy and the peaceful revolutions allowed people to become lethargic and careless. In both East and West. The Americans, Europeans, and Russians all lost, as their guiding principle, the idea of permanently banishing war from their relationship. Otherwise it is impossible to explain either the West’s eastward expansion without simultaneously deepening cooperation with Moscow—a policy which Russia sees as a threat—or Putin’s annexation of Crimea in violation of international law.
At this moment of great danger for the continent, Germany has a special responsibility for the maintenance of peace. Without the will for reconciliation of the people of Russia, without the foresight of Mikhail Gorbachov, without the support of our Western allies, and without the prudent action by the then-Federal government, the division of Europe would not have been overcome. To allow German unification to evolve peacefully was a great gesture, shaped by the wisdom of the victorious powers. It was a decision of historic proportions.
Once the division of Europe was overcome, permanent peace and security, from Vancouver to Vladivostok, should have developed, as had been agreed by all the 35 heads of state and government of the OSCE member states in November 1990, in the “Charter of Paris for a New Europe.”. . . This goal of postwar policy has not been achieved to this day. People in Europe are forced to live in fear once again.
We, the undersigned, appeal to the Federal Government of Germany to assume its responsibility for peace in Europe. We need a new policy of détente in Europe. This is only possible on the basis of equal security for all and mutually respected partners. The German government is not pursuing a go-it-alone policy, as long as it  continues to call, during this stalemate, for calm and dialogue with Russia. The need of the Russians for security is as legitimate as is that of the Germans, the Poles, the Baltic States, and the Ukrainians.
We must also not push Russia out of Europe….  Since the Congress of Vienna in 1814, Russia has been a recognized global player in Europe. All who have tried to change that have failed violently, the last being the megalomaniacal Germany of Hitler, which set out in 1941 to murderously subjugate Russia.
We call upon the members of the German Bundestag, delegated by the people as their political representatives, to deal appropriately with the seriousness of the situation. . . . Whoever is constructing a bogeyman, putting the blame on only one side, is exacerbating tensions, when the signals should be for de-escalation.
We appeal to the media, to more scrupulously adhere to their obligation to provide unbiased reporting than they have hitherto done. Editorialists and leading commentators are demonizing entire nations, without fully taking their histories into account. Any journalist experienced in foreign affairs would understand the Russians’ fear, since members of NATO in 2008 invited Georgia and Ukraine to join the Alliance. It is not about Putin. Heads of state come and go. What is at stake is Europe.
On October 3, 1990, the Day of German Reunification, Federal President Richard von Weizäcker said: “The Cold War has been overcome, and freedom and democracy will soon be in place in all countries. . . . This is a challenge. We can achieve it, but we can also fail. We are facing the clear alternative to unite Europe or fall back again into painful historical examples of nationalist conflicts in Europe.”
Until the Ukraine conflict, we here in Europe thought we were on the right track. Today, a quarter of a century later, Richard von Weizäcker’s warning is more apropos than ever.
* * *
The full list of signatories:http://www.zerohedge.com/print/499580 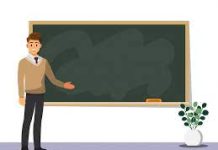 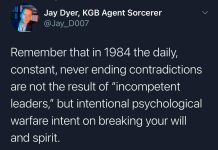 "The single most exciting thing you encounter in government is competence, because it's so rare."
Daniel Patrick Moynihan (1976)