Prague, Nov 4 (CTK) – One of Czech President Vaclav Klaus’s goals may be to have the Czech Republic regain its lost sovereignty, for example by its departure from the EU, Petr Hajek, deputy head of the Presidential Office, said on Prima TV Wednesday.

He alluded to Klaus’s words that the Czech Republic will cease to be a sovereign state after the Lisbon treaty comes into force.

Klaus, the treaty’s staunch critic, signed it after the Czech Constitutional Court gave the green light to it on Tuesday, as the last among the heads of EU states.

On that occasion he said that the loss of sovereignty due to the Lisbon treaty “legitimises the efforts of the part of the Czech public that does not feel indifferent to the matter of our national and state existence and that does not want to come to terms with this outcome.”

“The president is definitely one of the players in our reality and I think one of his possible goals is this extreme goal [Czech departure from the EU]. This is how I understand his statement on Tuesday,” Hajek said.

Asked whether Klaus has told him about such his plan, Hajek answered in the negative.

Hajek said he had advised Klaus to sign the Lisbon treaty. “There was consensus among president’s advisers in this respect,” he added. 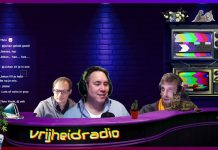 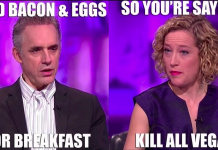 "Truth, in its struggles for recognition, passes through four distinct stages. First, we say it is damnable, dangerous, disorderly, and will surely disrupt society. Second, we declare it is heretical, infidelic and contrary to the Bible. Third, we say it is really a matter of no importance either one way or the other. Fourth, we aver that we have always upheld it and believed it."
Elbert Hubbard (1856-1915), Roycroft Dictionary and Book of Epigrams, 1923