My attention was brought to the February issue of Rock Creek through a Dutch libertarian website linking to the article implying an outcry over the unimaginably high cost of the war on crisis as compared to all other American wars. I don’t know what the ideological position of the paper is, but from the slogan ‘Freedom is never Free’ I was inclined to conclude that (political) freedom in general was the principal value your paper is campaigning for. In my book that means you would fight government, because no freedom is possible under a government without turning the concept of political freedom into a contradiction in terms. Political freedom is the absence of interference by coercion and a government is a group of people who do just that: interfere by coercion.

When I read the article of Mr. John Geyman I realised that not political freedom is your campaign value, but freedom of press only. Giving this proponent of national health insurance in the US a forum to spread his views is certainly not compliant with any campaign against government. It can only be explained in the light of the misconception that freedom of press per se would exist. That it could logically and rationally be defendable, without first establishing the value of political freedom. It is not written in the stars, it is not decreed by God and your constitution is just a ‘goddamned piece of paper’, as pure factual history has shown. Without a well established case for political freedom – a case I am absolutely convinced is possible to establish – you have no case for the freedom of press, or any other freedom for that matter.

But apart from this general objection to the nature of publishing an article such as Geyman’s, its content is so abhorrent from reality I could not just let it pass by without remarks. In one and the same paragraph Mr. Geyman asserts that the ‘business model of [health] insurance’ has failed and that the industry ‘profits handsomely … raking in money through insurance’. How can a ‘method of doing business by which a company can sustain itself — that is, generate revenue (Wikipedia)’ at the same time be failing and raking in money? Even if there were a ‘social responsibility’ for insurance companies, than such is accomplished by doing just that: raking in money. Raking in money means that a service for which there clearly is a demand can be provided, that jobs be created, that investors are rewarded for their risks taken… These functions are by no means of lesser value to the efficient and just ordering of a society than helping out the poor and the unlucky.

Mr. Geyman pretends to be beyond ideology – a position that is cognate to the trendy bipartisan approach. But what does it mean, beyond ideology? “The main purpose behind an ideology is to offer change in society through a normative thought process. (again Wikipedia)”. Is what the author is doing really beyond ideology? Are we supposed to look at some facts and think: “Principles, what the heck! Who needs them anyway?” and start violating basic human rights in order to honor claims from certain members of society that cannot be called rights in any way? People from that side of the ideological spectrum should stop pretending that there is no truth and come to terms with the idea that there is such a thing as a free lunch. Providing health care to ‘everyone’ is never free but always at the expense of someone.

And what factual proof does Mr. Geyman come up with for his assertion? As first and most important argument (repeated three times) he tells us that the private health insurance is or is becoming unaffordable. Why affordability is a criterion for judging the success or failure of a business model is not made clear. But even if it were, the fact raises the question why? Is not government the cause of it all? On the one hand government interferes directly in the trade of medicine in many ways, e.g. by making access to the profession perhaps much more difficult than necessary. On the other hand the above the law judiciary is pushing prices in the industry significantly up with deranged malpractice lawsuits. They can do so because there is no market force pushing them nearer to the equilibrium of sound judgment, nor any market forces to keep the costs of such litigations at equilibrium.

The same why can also be raised with respect to the observation that the shares of private insurers have dropped faster than the average market. Geyman concludes that Wall Street sort of agrees with him. But who is this person by the name of Wall Street? Did he have dinner with this person to discuss his reasons for valuing the shares of private insurers? Of course not. Wall Street indices are numerical measurements of the aggregate views of millions of people trading. And to conclude from downward market trend to the position that the lot of them, or even the majority, would want the private insurers to be nationalized is just false argument. Most of the traders might be pulling out because the election of leftist Obama makes them fear just that.

Mr. Geyman also, quite contradictorily, complains about an inefficient multitude of private insurers and insurance plans, while at the same time warning against near-monopolies. There is no such thing as a bad monopoly, except for one that is backed by (government) coercion. And this is the solution Geyman is offering as the only “real reform that has a chance to work”. And when Mr. Geyman compares administrative overhead costs of private and public insurers, does he also have the full wisdom to take all other relevant elements into the equation?

I myself come from Belgium, a country with a very good level of health care services, mostly privately run, combined with a national health insurance system. But before Mr. Geyman starts jumping to conclusions I must add that it comes at a very high cost. Belgium has a tax burden of 49% of GDP, among the highest in the world. It has only 41% of its population productively active and it has a debt of more than 90% of GDP. Add to that all the non-quantifiable strains on liberty – time wasted outside because government has banned smoking in the workplace, time wasted on mandatory accounting according to government imposed standards, time wasted with waste sorting, time wasted cuing up for government imposed car inspection, etc… ad infinitum – then Mr. Geyman surely must realize the poor 41% of Belgium’s population are but slaves. I fled the country and consider myself a refugee. I hope Mr. Geyman remembers this the next time he utters the ugliest of words: national. 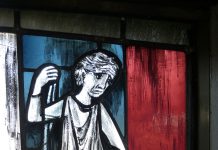 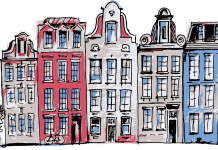