The Truth About War Heroes

For the past dozen years or so, Americans have been deluged with talk about “heroes,” and especially “our brave soldiers.” I was at a funeral recently, and was shocked to see the funeral director conduct a ritual: he had all past or current members of the military line up and touch a flag for the deceased.

This is not only stupidly out of proportion, but it is deeply damaging to the “heroes.” As I’ve said before, I understand how young people get pulled into the military, and I do not think that they join because they want to kill. (Though some small number may.) So, let me be very clear on something:

The vast majority of war heroes are victims.

As it happens, I talk to military people, sympathetically. And I know the other side of the war hero story – the side that they don’t show on TV or when worshiping uniforms in churches, schools, or at sporting events.

Point #1: No one leaves battle whole.

Don’t ever imagine that soldiers come out of battle in any way better than when they went in.

No normal human can kill people without damaging themselves. Perhaps if you’re 50 years old and have to shoot someone who is clearly in the process of killing others, you can come out of it without permanent damage. At that age your character is already developed, and if you can honestly reassure yourself that it was necessary, you may be okay.

But if you think a 19-year-old kid, shooting at people he has never met before, who are simply driving down the street, will be okay afterward… forget about it – that kid will never be whole again.

And the same goes for the soldier who sees his friend get his leg blown off. Or, just having to go into situation after situation where that could happen at any time.

Crowds can chant “hero” all they like, but the soldier who was in battle has something torn in his soul.

Point #2: The soldiers know it.

Can you imagine the kind of internal conflict this hero worship inflicts on the 22-year-old ex-soldier? He’s praised as a hero endlessly, but he’s torn up inside, and sometimes when he’s alone, he cries and shakes.

This is what really happens:

And all the while, the soldier is paraded in front of crowds and publicly praised as some type of superior being, god-gifted with bravery. Could you live with that?

Is it any wonder that US soldiers are killing themselves at a rate of 22 per day?

Point #3: They are abandoned.

I recently had a talk with a friend who spent a full 20 years in the military, and we discussed these subjects.

One of the things that bothers me most is that these young men and women are sent into the hell of battle and then ignored by the Veterans Administration when they get back. I’m certainly no fan of government or its programs, but if you send a kid into death and destruction, you’re also honor-bound to help them recover if they make it out.

The VA is abandoning these former soldiers. I expressed this complaint to my friend, and he told me that it was worse, and more callously malicious, than I knew.

My friend is a decent man, and he does his best to help returning soldiers because no one else does. We discussed this at length, and I was pleased to know that he sits down with whatever few soldiers he can, and says this:

Yes, you’re fucked-up. After what you’ve been through, that’s what you’re supposed to be!

So far as he knew, no one associated with the VA was helping the returning soldiers one-to-one, only him and a few others.

American hero worship is torturing ex-soldiers. It’s driving them to suicide. This mindless worship is good for the State, but it’s hell for the kids who were actually in battle.

Don’t follow that script. Have some compassion for the kid who was immersed in death and hell. 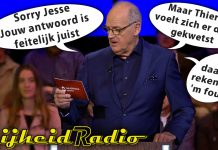 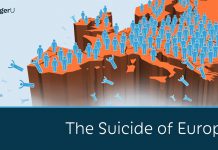 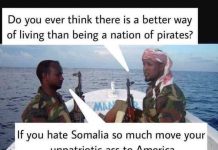 "A nation of sheep will beget a government of wolves."
Edward R. Murrow